Arsenal attacking star will be the face of men’s fashion house Hugo Boss, and will make an appearance at the flagship store this week.

The Gunners forward will appear in both print and online advertisements for the brand’s Boss for men scent, and will appear in person at the Marionnaud flagship store on the Champs Elysees, Paris on 17th April.

Giroud is the top scorer for the north London outfit this season with 19 goals in 45 matches, including 13 in 31 Premier League games.

He will compete with Real Madrid striker Karim Benzema for a place in the France starting XI at this summer’s 2014 FIFA World Cup. 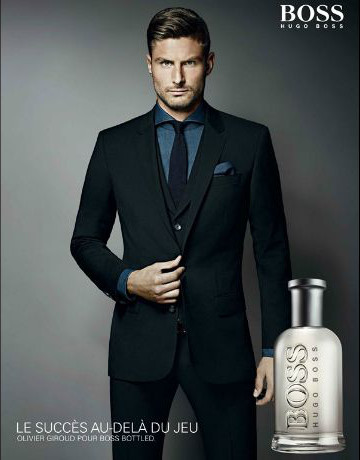