Stamford Bridge side to spend big this summer.

CaughtOffside understands that Mourinho will look to bring in two world-class strikers this summer as the Chelsea manager seeks to address the one glaring problem area in his current squad.

Mourinho will look to lure PSG forward Edinson Cavani away from the Parc des Princes club with Chelsea ready to table a £60m bid for the Uruguayan, who is said to be frustrated at being used in a wide attacking role as well as playing second fiddle to star striker Zlatan Ibrahimovic.

Having netted 104 goals in three seasons at Napoli the powerful striker moved to the French capital last summer but is a player who has been strongly linked with an exit from the Ligue 1 side and a move to Stamford Bridge may tempt the 27 year old. 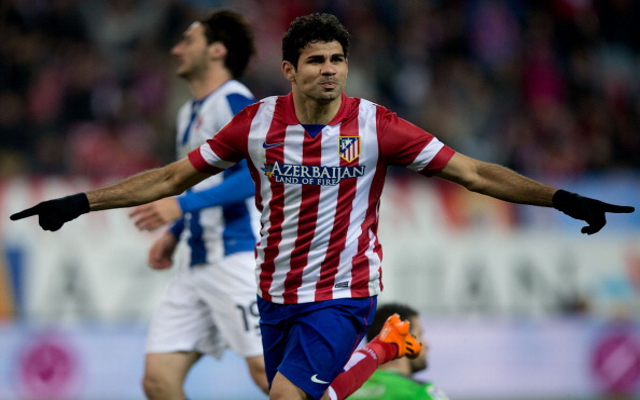 Jose Mourinho is also ready to trigger the £35m release clause believed to be written into Diego Costa’s Atletico Madrid contract after the west London club’s repeated scouted missions led to a series of glowing reports.

Atletico Madrid may well struggle to keep hold of their top talents and Costa will be offered a massive pay-rise as an added incentive to leave the Vicente Calderon for Chelsea.

The 25 year old has scored 26 goals in 30 La Liga fixtures and has been a pivotal member of Diego Simeone’s title chasing side.

Mourinho will allow both Demba Ba and Samuel Eto’o leave Chelsea when their respective contracts expire this summer and is ready to offload Fernando Torres for as little as £15m, less than a third of the £50m the club paid Liverpool for the Spaniard back in January 2011.

Chelsea will then look to replace veteran Ashley Cole with Southampton teenager Luke Shaw with a bid of around £18m expected for the Saints starlet, an offer that they hope will tempt the south-coast into selling the England international.

Shaw is known to be a Chelsea fan and Mourinho will hope that the left-back looks to force the issue by stating his desire to move to Stamford Bridge. Abramovich will look to keep the cost of the defender down by offering Southampton a percentage of any potential further sale of the starlet.

Jose Mourinho is also ready to express his interest in up and coming Portuguese midfielder Rafael Silva who has excelled in his debut season at Sporting Braga with his form leading to a first senior national team call-up.

Chelsea have scouted the attacking midfielder on more than one occasion this term and will mount a £10m bid for the youngster prior to the World Cup finals.