Frenchman’s strike against West Ham was for the fallen Liverpool fans.

Arsenal striker Olivier Giroud dedicated his goal against West Ham to the Hillsborough victims on the day of the 25th anniversary of the stadium tragedy.

The Frenchman pulled off his black armband – worn by all players – kissed it and pointed to the sky, after his sublime goal had put the home side 2-1 up. 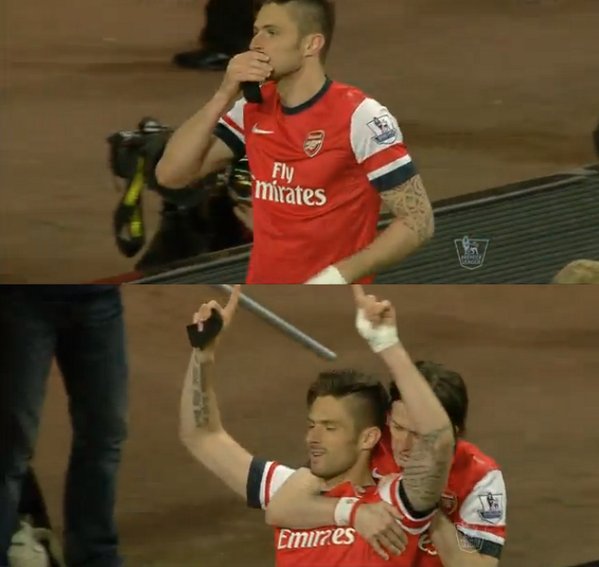