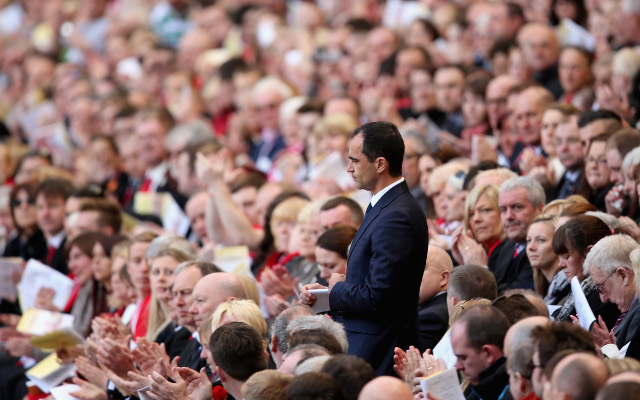 Everton manager Roberto Martinez delivered an emotional speech at the home of the Toffees’ Premier League rivals Liverpool to mark 25 years since the Hillsborough Stadium disaster claimed the lives of 96 supporters.

The Spaniard told the families of the victims that the death of their loved ones and their ongoing struggle for justice was not ‘right’ or ‘fair’ and added: “I don’t have to tell you Everton are with you. You know it already.”

He announced that those responsible for the cover-up had taken on the ‘wrong city’, before announcing that a permanent memorial to the 96, nearly all of whom were Liverpool fans, would be erected at Goodison Park.