Perhaps they’re friends after all?

They are widely known to have one of the fiercest individual rivalries in the modern game, but perhaps Cristiano Ronaldo and Lionel Messi don’t have as a frosty a relationship as the media would have us believe?

The Portuguese, sporting a questionable baseball cap and suit look, comforted his rival after Real Madrid beat Barcelona 2-1 to claim the Copa del Rey crown, putting an arm around Messi’s shoulder and offering some words of support.

Real Madrid’s Ronaldo missed the final through injury, while Messi struggled to have his usual impact for an uninspired Barca side.

In Ronaldo’s absence, the match was decided by a brilliant goal from Gareth Bale. 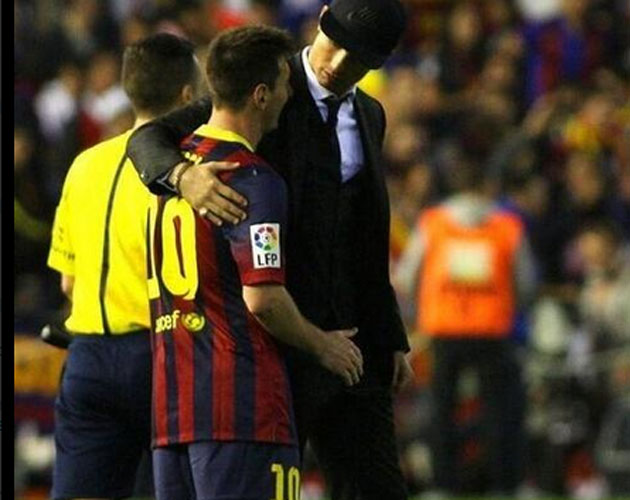