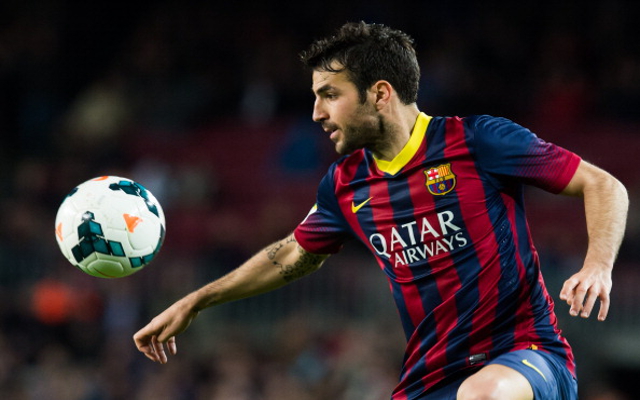 One of the longest-running transfer sagas of last summer’s transfer window was United’s long-running pursuit of the La Liga champions’ brilliant Spain international, a saga that ended with Fabregas staying put at Camp Nou rather than joining the Red Devils.

However, with rumours continuing to do the rounds about the player’s current unhappiness at Barca, with the plymaker said to in particular be unhappy about constantly getting dropped for the Catalan giants’ biggest matches of the season in favour of the less effective Neymar.

And now it is understood that having also been left out of the starting lineup for Wednesday night’s crucial Copa del Rey final against arch-rivals Real Madrid at Mestalla, Fabregas has had enough and decided to quit Catalonia at the end of the campaign, with it thought highly likely that the Spaniard’s next port of call will be Old Trafford this summer.