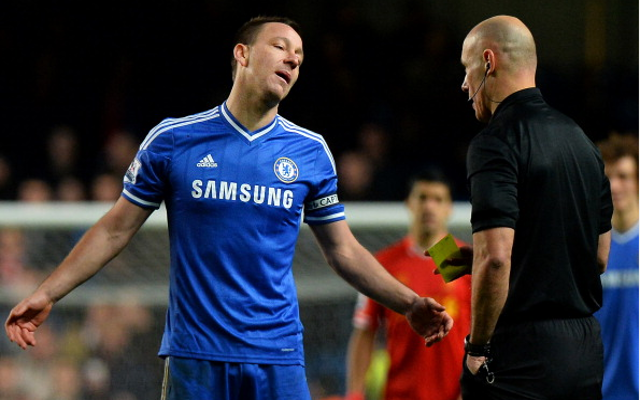 Chelsea coach Steve Holland is hopeful that defender John Terry will be able to secure a new deal within the next two weeks, according to the Metro.

Terry has been in excellent form for the Blues this term, making 32 appearances as the club look to add another Premier League title to their collection and making their back line the league’s stingiest, conceding just 24 goals.

There had been rumours that the club had offered him a new deal but at half the wages that he is currently earning now.

But coach Steve Holland have laughed off talk of tension between the player and his employers and also suggested that they are also in the process of offering extended deals to veteran duo Frank Lampard and Ashley Cole.

“John has had an outstanding season; we have the best defensive record in the Premier League and he’s played in almost all of that and been a major part of it all,” said Holland.

“I know that John wants to stay at Chelsea, and Chelsea want John to stay, so hopefully that situation can be concluded amicably over the next few weeks.

“It’s the same situation (with Lampard and Cole), we’re dealing with not just normal players, but magnificent servants for this club over a long period.

“So full respect will be given for those players.”