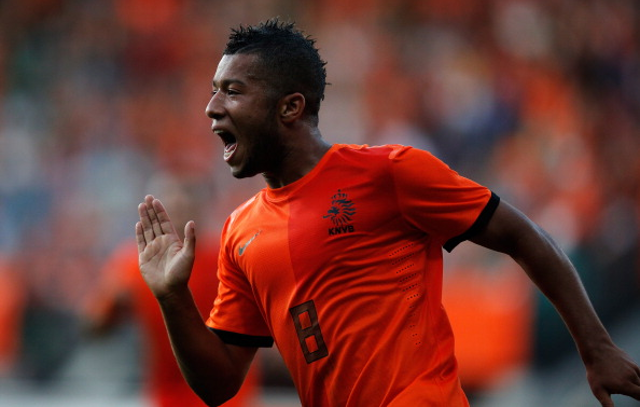 Juventus look to jump in on Red Devils interest in midfield starlet.

Italian giants Juventus are said to be ready to rival Manchester United for the signature of Feyenoord’s highly-rated young midfielder Tonny Vilhena, according to the Daily Mirror.

The Dutch under-21 international has been watched extensively by both United and Juve this season, and the two clubs are reported to be lining up respective £5m bids for him at the end of the campaign.

Vilhena has already won two European U17 titles as part of the Dutch squad that bagged back-to-back Euros silverware in 2011 and 2012. The latter of which saw him bag the winning penalty against Germany in the final.

Vilhena burst onto the scene last year with an explosive display against FC Twente, and Feyenoord are now hoping to convince him to stay as they believe that he has a big future ahead of him in the game.

The left-footed 19-year-old has already made 70 appearances for the Rotterdam based giants across all competitions, a spell that has seen him clock up eight goals in the process, and now Moyes is looking to him to be a part of his rebuilding process at the club.