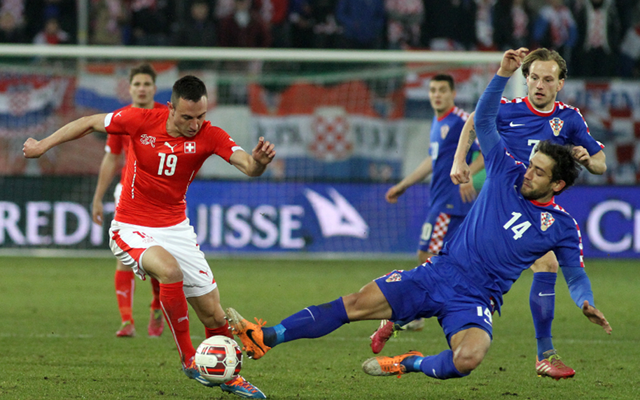 Attacker is currently enjoying a fine campaign in the Bundesliga.

Arsenal have been given a huge boost in their efforts to sign highly rated young Nurnberg front man Josip Drmic, according to reports in the Daily Mirror.

The Switzerland international is currently enjoying an outstanding campaign in front of goal for the Bundesliga outfit, on the back of which the north London club have been scouting Drmic of late with a view to signing the 21-year-old for next season.

Drmic has so far managed to register an impressive 16 goals and three assists in total in his 29 top-flight outings for his club, leaving the striker in second place in the current goalscoring charts in the Bundesliga.

However, initially it had been reported that fellow German outfit Bayer Leverkusen had already reached a pre-contract agreement with the Swiss starlet to join them next season, but those claims have since been denied by the club.

“Drmic is an interesting player. But I also know other clubs [are interested]. [Pre contract agreement] that is nonsense,” confirmed Leverkusen director of football Rudi Voller.

As a result, the Gunners are now set to rekindle their long-running interest in the player, who is contracted to Nurnberg until June 2017, as the north Londoners continue their search for a new striker to bring to the Emirates next season to act as back-up to current first-choice forward Olivier Giroud.