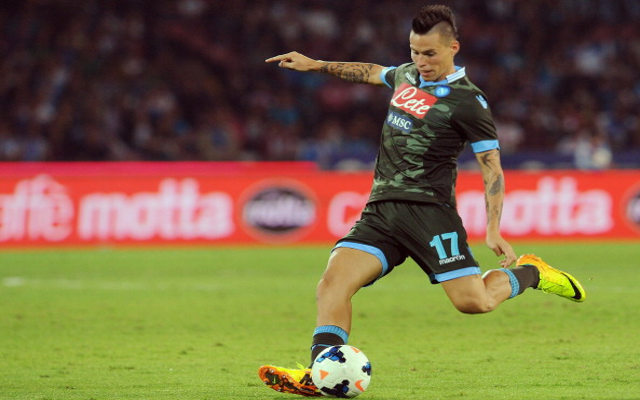 Stamford Bridge side alerted by availability of Napoli star.

Chelsea are said to have been alerted by the news that Napoli are ready to consider offers for unsettled skipper Marek Hamsik according to the Daily Express.

Hamsik is something of a cult hero at the San Paolo and is Napoli’s club captain however he is said to enjoy something of a frosty relationship with boss Rafa Benitez and has amazingly only completed a 90 minute run-out on seven occasions out of his 30 Serie A appearances this term and has at times been left on the bench.

The goal-scoring attacking midfielder may well be seen by Blue boss Jose Mourinho as a long term replacement for veteran Frank Lampard.

Mourinho has reportedly previously stated his admiration for the 26 year old Slovakian and has described Hamsik as the only player in Serie A he’d like to sign.

Hamsik has scored an impressive 76 goals in 297 appearances for Napoli since moving to the club from Brescia in June 2007.

This source claims it would take an offer of €40m (£33m) to convince the Naples side to sell their captain.