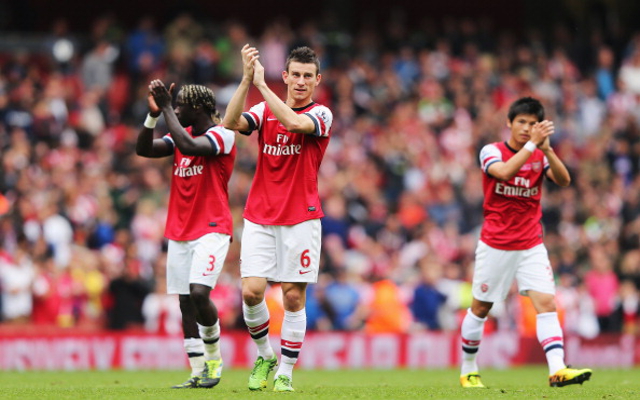 Emirates Stadium side set to lose two of their most consistent performers.

Arsenal boss Arsene Wenger faces the prospect of losing two of his most reliable defensive assets as both Bacary Sagna and Laurent Koscienly look to leave the Emirates Stadium club according to the Daily Mail.

Though a probable departure of right-back Sagna is not all that much of a surprise given the fact the 31 year old’s contract is set to expire it is a whole let more worrying for the Gunners manager that fellow French international Koscielny is also keen to leave the north London club.

Wenger has seen Koscielny and Per Mertesacker as his first choice central defensive pairing for the best part of 18 months and now the former Lorient man wants to leave.

Man City and Liverpool are both said to be keen on the rock solid defender who wants to increase his earning potential.

This source does however state that Koscielny, who moved to Arsenal in July 2010, may be ready to commit to the club if they offer him a significant increase on his current £50k a week salary.

Both players are likely to play prominent roles in Didier Deschamps French national team set-up at the 2014 World Cup finals this summer and as such Wenger would do well to clarify their respective futures before the tournament begins.