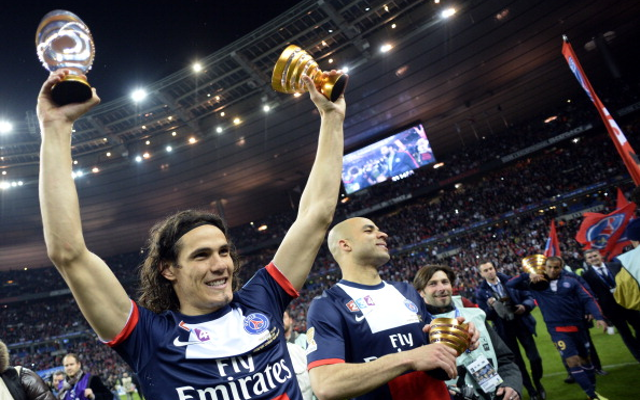 Old Trafford side to fork out big fee for Uruguayan goal machine.

Old Trafford chief exectutive Ed Woodward has been given the green light to mount a bid for the 27 year old Parc des Princes ace with Chelsea and Man City also said to be tracking the striker.

Moyes is to be handed a massive £220m transfer war-chest and as well as looking to put in a £50m offer for the former Napoli ace the Man United boss will also offer Cavani around £300k a week, a deal that would see him reach parity with the club’s top earner, Wayne Rooney.

Van Persie is said to enjoy a frosty relationship with Moyes and the prospect of the 30 year old not competing in the Champions League could see the Dutchman looking for a summer exit, one that Man United will grant him if they win the race to sign unsettled PSG man Cavani.

Cavani is said to be unhappy about playing second fiddle to Zlatan Ibrahimovic and is regularly used in a wide attacking role that doesn’t really suit his playing style.

That said the Uruguayan international has still netted an impressive 25 goals in all competitions, including a brace to help PSG to win the Coupe de La Ligue final against Lyon last night.