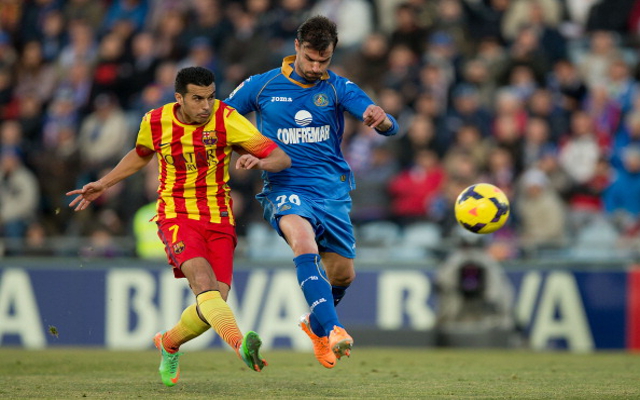 Man United will mount a £26m bid for Barcelona attacker Pedro with the Spanish international ready to quit the Nou Camp according to the Metro.

The 26 year old has found himself down the pecking order under boss Gerardo Martino and was said to be furious at being left out of the Barcelona starting eleven for the Copa del Rey final against Real Madrid in midweek.

David Moyes is looking to bring in alternative wide attacking options with the likes of Ashley Young, Nani and Luis Antonio Valencia all failing to impress and a move for Pedro would certainly add quality in the final third.

Pedro has scored 18 goals in all competitions in 33 starts but Martino has tended to use Alexis Sanchez or Neymar ahead of the Tenerife born forward and a move to Man United may tempt the adaptable Barcelona star.