Five players who Everton must keep at Goodison Park this summer.

After a hugely impressive season under Roberto Martinez, Everton are still facing an uphill struggle to qualify for the Champions League, with Arsenal favourites for fourth.

If the Toffees miss out, several of their stars could attract interest from some bigger clubs and chairman Bill Kenwright has proved willing to sell in order to balance the books in the past.

But if the club want to challenge again next season, they must keep hold of these five stars: 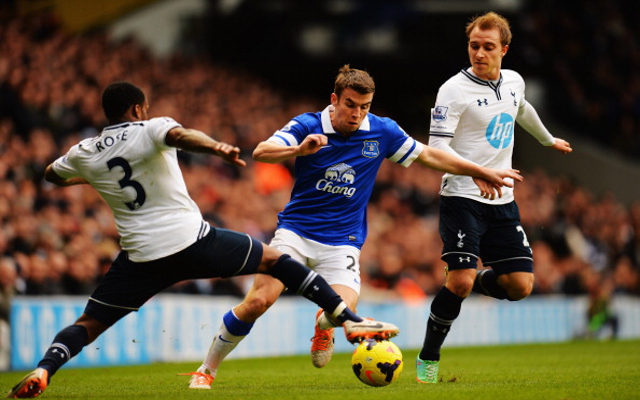 Top class full-backs are tough to find and the Irishman has it all: bags of energy, technique, an eye for goal and defensive awareness. Both Arsenal and Man United are reportedly sniffing around the 25-year-old but the Toffees should resist the temptation to sell. If he keeps improving under Roberto Martinez, Coleman will comfortably be one of the best defenders in the league next season.