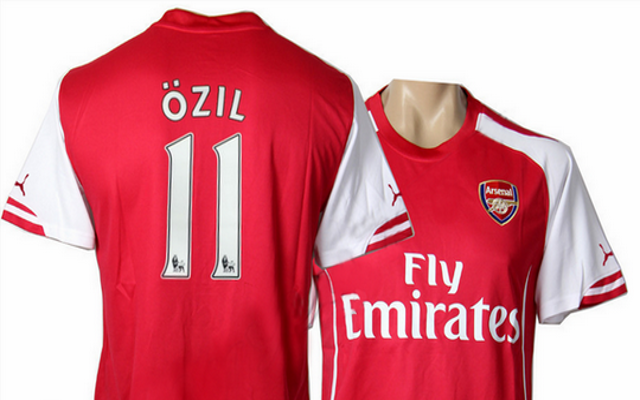 Great performance. Also, if you missed it earlier, I have more images of what now seems to be the #Arsenal Puma shirt pic.twitter.com/7bsM4ezJcE

This is apparently a leaked photo of Arsenal’s new kit for the 2014/15 season, the first of their lucrative long running deal with Puma.

A deal that Gunners fans will hope lead to the funding of big name signings this summer as the north London side seek to mount a genuine Premier League title bid.

Arsenal could well be set to bring an end to their lengthy silverware drought but an FA Cup final win over Hull City isn’t likely to appease all.

A top four finish is key and with Everton still hot on the heels Arsene Wenger can not afford to drop points in their final three fixtures.