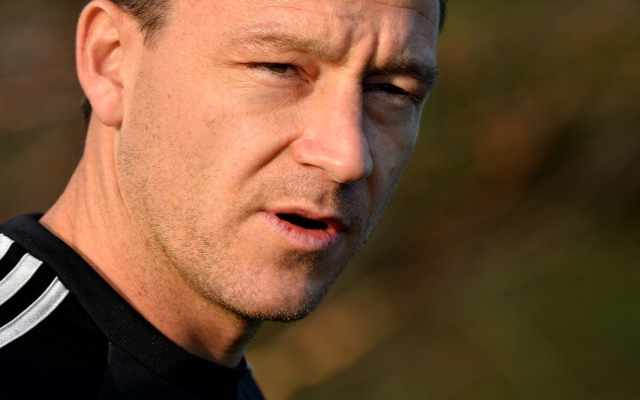 Defender will be out on contract with the Blues come the end of June.

Mega-rich Premier League outfit Manchester City could be lining up a stunning end-of-season move for Chelsea skipper John Terry, according to reports in the Daily Mail.

The former England international’s current deal with the west London club runs out at the end of June and so far the experienced centre back has still to agree a new deal with the Blues.

Terry has been seeking a two-year extension on his present contract, however, it is understood that his employers at Stamford Bridge have so far only been willing to offer the 33-year-old a 12-month deal, and on a 50 per cent reduction on what the central defender is currently being paid in west London.

And as a result, it is believed that City are now pondering whether to make their own move for Terry when the summer window reopens for business at the start of July, by which point the defender could be available to pick up on a Bosman free, and so making him an even more attractive proposition to buy.

City, of course, tried to lure Terry to the north west the last time the Englishman was about to renegotiate his contract with Chelsea in a move that led to the player being handed a new bumper deal with the club.