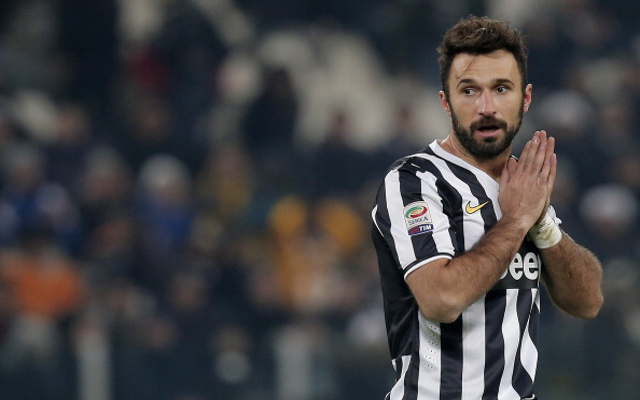 Olympiakos are hoping to strike a deal to snatch unwanted Juventus striker Mirko Vucinic from under the noses of Premier League giants Arsenal this summer, according to Football Direct News.

The former Roma ace has fallen down the pecking order with the Turin giants and with just a year left on his current deal he is likely to be offloaded by the club at the end of the season.

The Gunners have been credited with an interest in his services for some time, though they could now miss out after failing to make a concrete offer as Olympiakos look set to put together an attractive deal to tempt him to Greece.

Olympiakos clinched the Greek league title recently and are already looking ahead to strengthening for next season and giving themselves a better chance at progressing in the Champions League.

Juventus currently have six recognised centre-forwards in their ranks and are hoping to offload at least two in the next window to free up space in their squad for new transfers.

The Serie A leaders are also still hoping to tie up a permanent deal for Southampton striker Dani Osvaldo, and should the two clubs manage to come to an agreement then Vucinic’s future will almost certainly lie away from Turin.