Only one surprise as the duo pick their team of the season.

As you would imagine, all of the big hitters are there; Liverpool quartet Daniel Sturridge, Luis Suarez, Steven Gerrard and Raheem Sterling all make the cut, as do Chelsea trio John Terry, Gary Cahill and Eden Hazard.

The only real surprise comes in the form of Cardiff City goalkeeper David Marshall, who despite his club’s paltry performances as they continue to battle the drop, has been in exceptional form this term. 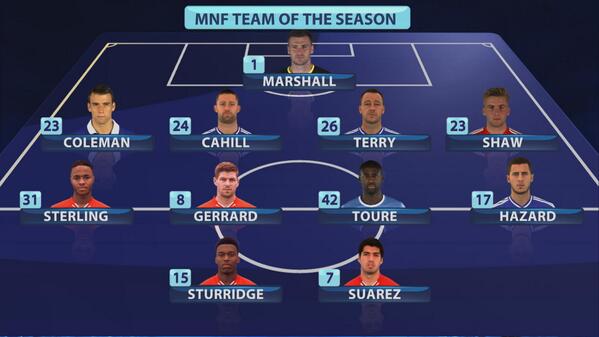