The plans for Liverpool’s new £150m redevelopment of Anfield were leaked earlier this week as the club plot to take the ground up to 60,000.

Anfield currently stands at 45,000, but the club want to see it rise to become the third largest domestic ground in the country behind Old Trafford and the Etihad.

The images are understood to be official designs for the long-awaited plans, although they are likely to be updated in some areas before the unveiling, which is expected to come ahead of Chelsea’s title-deciding visit to Anfield this Sunday.

Liverpool have already applied to the local council for planning permission, which would see the redevelopment go ahead in two stages and should be completed by as early as 2018 should all go according to plan. 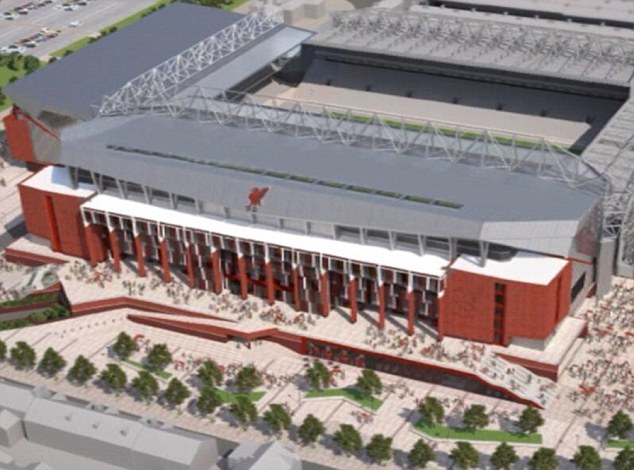 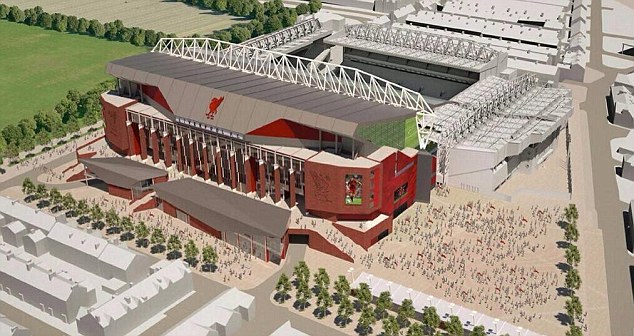