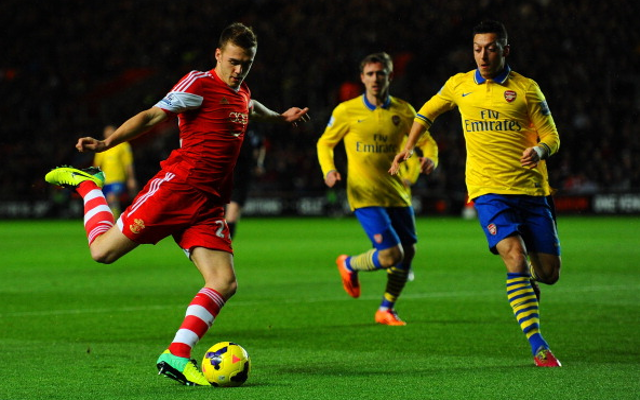 Nineteen-year-old is contracted to St Mary’s until 2017.

Arsenal want to sign highly rated young Southampton right-back Calum Chambers to take over from the departing Bacary Sagna at the Emirates next season, according to reports in the Daily Mail.

The north London club and their France international right back have locked in negotiations regarding a new contract in the capital for Sagna for well over a year now, with the player’s current deal with the Gunners set to run out at the end of June.

However so far, despite Arsenal putting three different deals on the table for Sagna to mull over, the last of which was a three-year contract worth £70,000 per week, it is still believed that the 31-year-old intends to quit the north Londoners at the end of the campaign to join either Paris Saint-Germain, AS Monaco, Galatasaray or Manchester City on a lucrative Bosman free transfer.

As a result, Arsenal head coach Arsene Wenger is now said to be busy deciding on a suitable replacement for Sagna on the right-hand side of the north Londoners’ back four next season, and the player the Frenchman has identified is the Saints’ England Under-19 international.