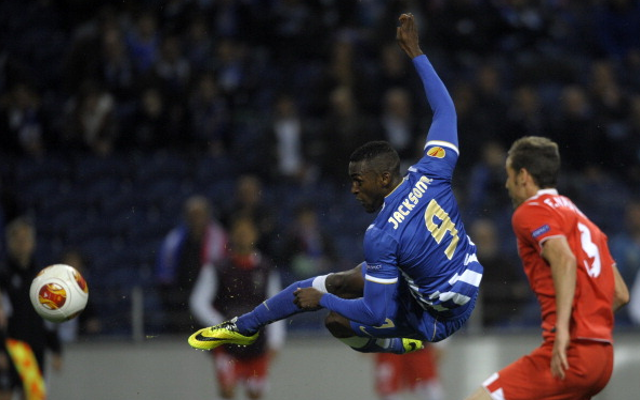 Chelsea have set their sights on in-form FC Porto striker Jackson Martinez and are ready to offer either Fernando Torres and Demba Ba as bait in pursuit of the South American according to Football Direct News.

The Colombian has had two standout campaigns since moving to Portugal, netting 58 goals in 86 appearances, but with his side having surrendered their Primeira Liga title the Estádio do Dragao side may elect to consider offers for the 27 year old.

Blues boss Jose Mourinho is ready to offer £15m plus either of the aforementioned Chelsea forwards in a deal that could just tempt FC Porto into selling.

Mourinho has seen his current crop of forwards consistently fail to deliver and is desperate to bring in a proven goal machine to lead his attack.

The former FC Porto boss may hope his connections with the Portuguese club will assist in any move to bring in the powerful forward, who’s physique and aggressive approach could be ideal for life in the English top tier.