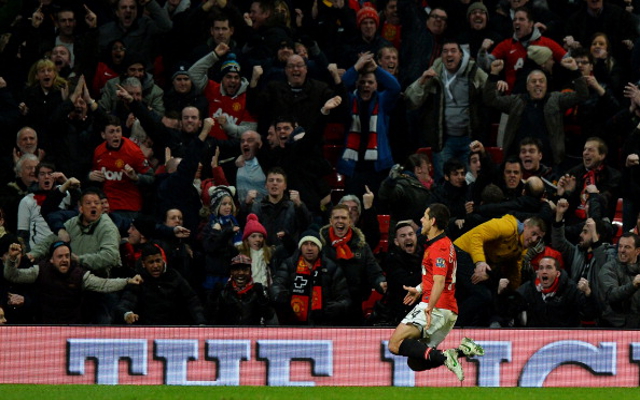 White Hart Lane side given hope in pursuit of Old Trafford bit-part player.

Criminally under-used Man United forward Javier Hernandez is interested in moving to White Hart Lane and is looking to open negotiations with Tottenham ahead of a potential summer move according to Football Direct News.

Tottenham spent upwards of £55m to bring in Erik Lamela and Roberto Soldado, from AS Roma and Valencia respectively, and it’s fair to say that the investment has thus proven something of a poor one with the duo managing just six Premier League goals between them, four of which were from the spot.

Therefore a move for Chicharito would be a sensible one to consider given that the Mexican is a proven Premier League marksman and presumably a player the Old Trafford side are willing to sell.

Hernandez is behind Wayne Rooney, Robin Van Persie and Danny Welbeck in the Man United pecking order and is effectively stagnating at the club he joined back in the summer of 2010 and is arguably no nearer being a first team regular than the day he signed on the dotted line.

Though very much a bench warmer Hernandez has scored at a healthy rate throughout his four year spell, netting 59 goals in 148 appearances of which 67 were as sub.