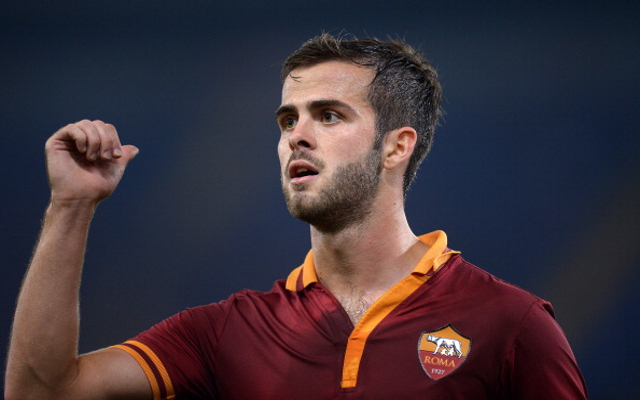 Premier League duo Manchester United and Chelsea are waiting to discover where Roma midfielder Miralem Pjanic wants to be playing his football next season, according to Football Direct News.

The creative midfielder has been in fine form for the Serie A giants this term, and his performances have gained some considerable attention from the likes of United, Chelsea, and Ligue 1 champions Paris Saint Germain.

It has been understood that the French giants are prepared to go all out to land the Bosnian international, but the player himself is said to be undecided over whether or not he actually wants to make a move this summer, or put pen to paper on a contract extension with Roma.

However, a key factor in his decision making will lie with the future of current boss Rudi Garcia, who is currently on the wish lists of both Barcelona and Tottenham Hotspur.

And, both Man United and Chelsea are eagerly anticipating his decision, ready to swoop if he decides to leave and test PSG’s reported interest.

Pjanic will be free to leave the Stadio Olimpico next summer and the club are said to be keen to cash in on him now if he does decide that he wants to continue his career elsewhere.