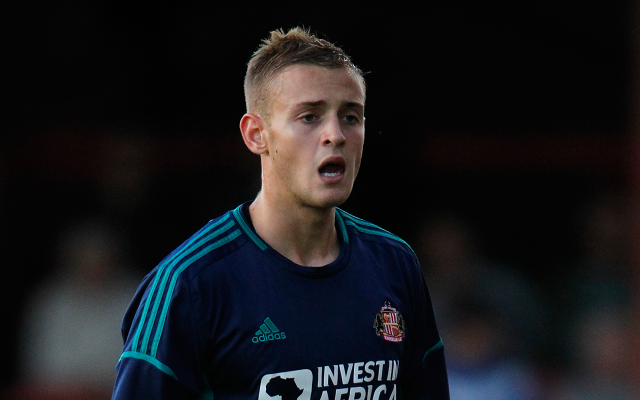 Laing is now searching for a new club after he was informed that his deal at the Stadium of Light, which expires at the end of the current season, will not be renewed by boss Gus Poyet.

The 21-year-old enjoyed a short stint on loan at Championship side Blackburn Rovers earlier this month, and news of his impending availability has alerted a number of clubs and provoked them into action.

And now United have sought to get a jump on any other interested parties by offering him the chance to impress at Old Trafford and will play for the under-21 side in a game against Reading on Thursday evening.

Laing, who had been tipped for a bright future at the northeast club, has only made one substitute appearance for the club since breaking into the first team back in the 2010,11 season.

The young defender had seen his career hampered by a series of injuries as well as extensive managerial changes at the club, but United are willing to offer him a potential lifeline after running the rule over him in training.