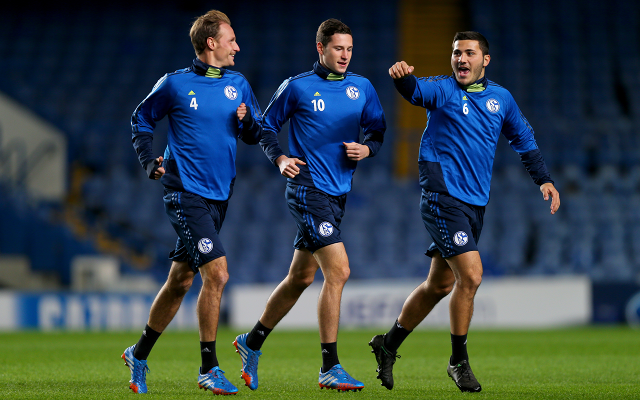 Manchester United are said to be lining up a move for Schalke centre-back Saed Kolasinac this summer in a bid to add more options to their back line, according to Football Direct News.

According to reports in his native Bosnia the Red Devils are lining up a move for the 20-year-old as a replacement for veteran full-back Patrice Evra, who could move on from the club over the summer.

The Bosnian international is still under contract at Schalke until June 2017, and the club are bought to be reluctant to sell, though should they receive an official approach they may be unable to resist United’s financial power.

Kolasinac broke into Schalke’s first team this season after making his way through the club’ youth academy and has so far made 28 appearances for the side, and those performances earned him two caps for the Bosnian national team, whom he is expected to travel to Brazil with this summer.

United are believed to be in the market for a new left-back as Evra’s future seems uncertain and Dutch back-up Alexander Buttner looks to be on his way out too at the end of the season.

United are linked with several left-backs with Wolfsburg’s Ricardo Rodriguez and Southampton’s Luke Shaw also on the radar.