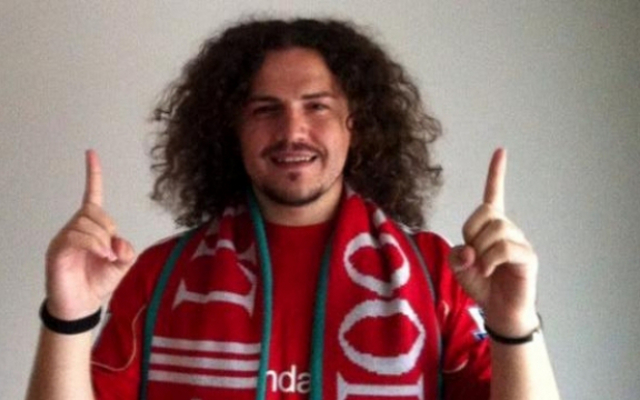 Uke Krasniqi, a diehard Liverpool supporter, vowed 11 years ago not to cut his hair until the club were crowned league champions – and he has stuck to his word.

Channel 4 are now trying to organise a special programme in which England skipper Gerrard will do the honours for the straggly Krasniqi, who last had a haircut back in 2003, if the club end their 24-year wait for a title.

The Reds lead second placed Chelsea by five points ahead of the clubs meeting at Anfield on Sunday and will secure a maiden Premier League title if they win their three remaining fixtures.

Chelsea boss Jose Mourinho has already hinted he will play a weakened team for the clash ahead of next week’s Champions League semi-final second leg but Liverpool must still navigate a tricky trip to in-form Crystal Palace and a home match with Newcastle.