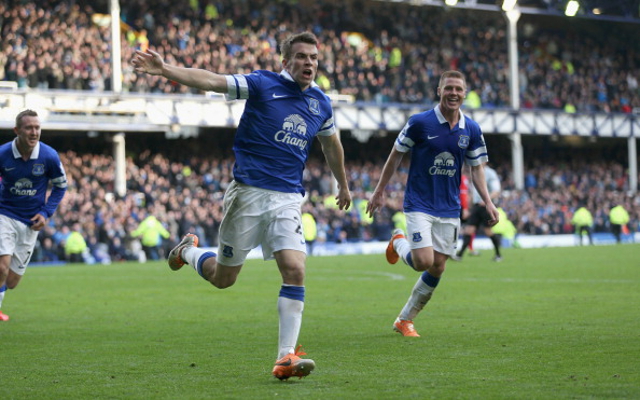 Arsenal are preparing an offer for Everton wing-back Seamus Coleman that Arsene Wenger hope will tempt Roberto Martinez into selling the in-form Republic of Ireland international according to Football Direct News.

Wenger will offer the services of former Toffees star Mikel Arteta as well as a cash sum in return for the 25 year old wide-man, who has been a pivotal part of Everton’s successful campaign both defensively as well as in the final third.

32 year old Spaniard Arteta has had an average campaign and has just over a year to run on his current contract and could be tempted by a return to Goodison Park.

Martinez has seen Gareth Barry impress during his loan spell this season but the Man City man’s wage demands will probably scupper any chance of such a deal becoming permanent and as such a move to bring in Arteta could be worth considering.

Everton paid just £60k for Coleman and Martinez would be loathed to lose the left sided talent but could well face a struggle to keep hold of their top talents with offers bound to come in for the likes of Ross Barkley, John Stones and Leighton Baines.