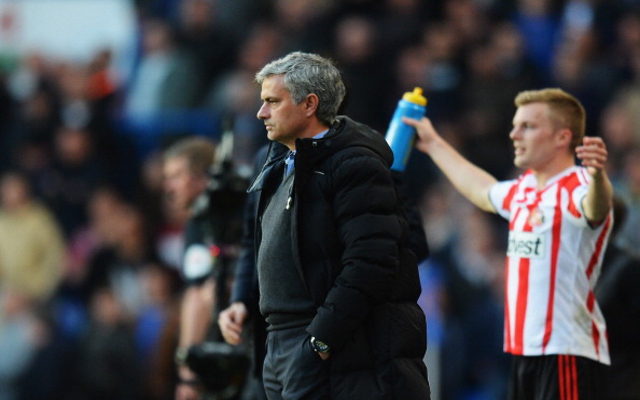 Mou discussed his plan with chief executive Ron Gourlay and technical director Michael Emenalo on the return from the Vicente Calderon.

Chelsea head coach Jose Mourinho has been given the green light to go ahead with plans to field a weakened team in the club’s Premier League title showdown with Liverpool at Anfield this weekend, according to reports in the Guardian.

The west London club travel to Merseyside to take on the Premier League leaders on Sunday afternoon trailing the Reds now by five points with only three games left to play in the league this season.

And with the Blues set to face La Liga leaders Atletico Madrid in the second leg of their huge Uefa Champions League semi-final at Stamford Bridge on Wednesday night, the self-styled Special One has been keen to rest as many players who will feature against the Spaniards for the visit to Anfield.

The Portuguese saw the west Londoners secure an impressive goalless draw in the first leg of the semi-final in the Spanish capital on Tuesday night, however, that result came at a heavy cost though with the visitors losing the services of both goalkeeper Petr Cech and skipper John Terry for the rest of the season.

But Mou has now been given permission by Chelsea owner Roman Abramovich to priortise next week’s Atleti clash over the meeting with Liverpool on Sunday.