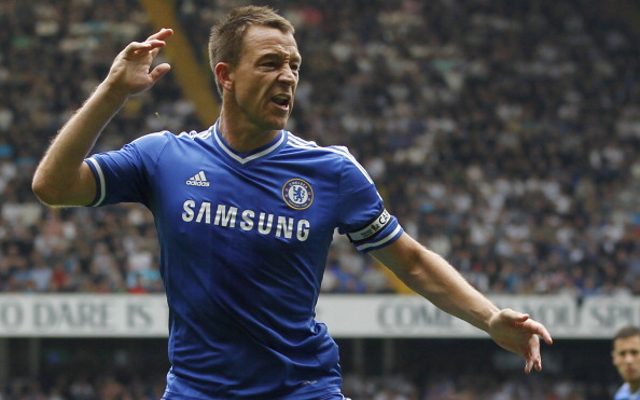 Blues had feared the defender had suffered ankle-ligament damage against Atleti.

Premier League giants Chelsea have received a huge boost after it emerged that influential captain John Terry could now be fit to feature against Atletico Madrid in the second leg of the west London club’s Uefa Champions League semi-final at Stamford Bridge on Wednesday night, according to reports in the Daily Mirror.

The experienced centre back was stretchered off late on in the Blues’ first-leg encounter against the La Liga leaders at the Vicente Calderon on Tuesday evening after seeing both reserve-team keeper Mark Schwarzer and then home front man Diego Costa both land on his ankle.

And in the immediate aftermath of the west Londoners’ impressive goalless draw in the Spanish capital, Chelsea head coach Jose Mourinho ruled his skipper out of action for the remainder of the domestic campaign, with the self-styled Special One going on to state that Terry would only play again this season in the event of the team reaching the Champions League final in Lisbon next month.

However, the news now on Terry is much more positive, with the central defender not even needing the use of crutches and the player himself is said to be confident of being fit enough to feature against Atleti next week.