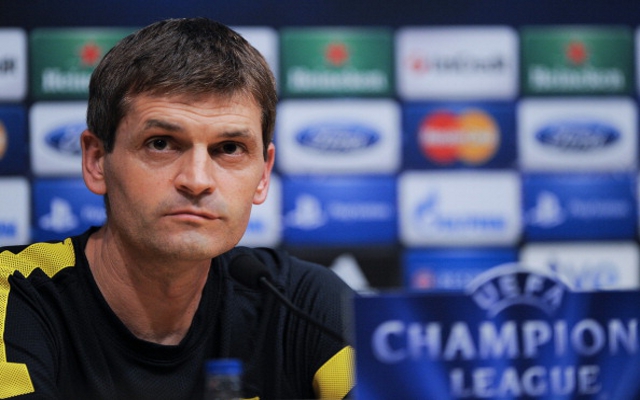 The Spaniard has lost his battle with cancer.

Former Barcelona head coach Tito Vilanova has died aged 45-years-old after battling with cancer for some time, the club has announced.

The FC Barcelona is in immense mourning. Tito Vilanova has died at the age of 45. May he rest in peace

Vilanova was diagnosed with throat cancer in November 2011, but was treated with radiotherapy and chemotherapy and was well enough to take over from Pep Guardiola as manager of Barca in 2012.

He had been Guardiola’s assistant since 2008, but was in charge for just one season at the Nou Camp in which he led them to the league title – with a record equaling 100 points – and the semi-finals of the Champions League.

The coach was forced to take two months out during the campaign in order to fly to New York for treatment when his condition worsened, with Jordi Roura taking charge during that time.

Vilanova left Catalonia in 2013 to be replaced by Gerardo Martino due to health reasons and the Spaniard was rushed into hospital in order to undergo surgery on Thursday and died within 24 hours.