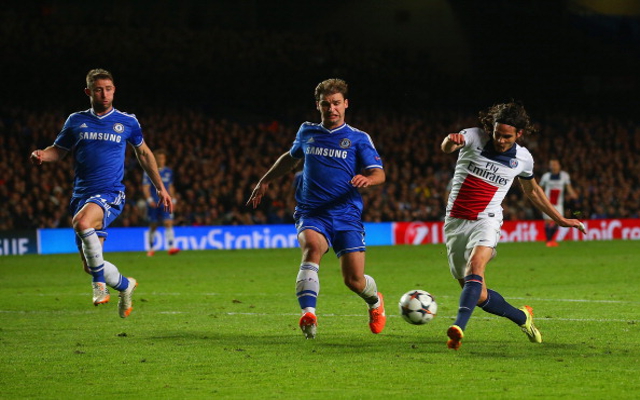 Old Trafford side want to bring in Uruguayan goal machine.

Man United will look to tempt PSG into selling forward Edinson Cavani by offering the Ligue 1 side Robin Van Persie in part exchange for the Uruguayan according to Football Direct News.

The Old Trafford side are ready to sacrifice the Dutchman, who is currently out injured, as they seek to bring in a number of big name signings this summer with the club’s owners flying in from the States in order to push forward with plans to strengthen the Man United squad.

Cavani is said to be unsettled at the Parc des Princes and unhappy at playing second fiddle to Zlatan Ibrahimovic as well as being used in a wide-attacking role that doesn’t suit his playing style and could therefore be interested in a move to Man United.

Van Persie netted 30 goals in his first season at Man United and despite his injury issues this term has managed a respectable 17 goals in 25 appearances in all competitions.

The former Arsenal man was said to enjoy a frosty relationship with David Moyes but now that the Scot has left the club there would appear to be no reason why Van Persie would be seeking a move away from the club.