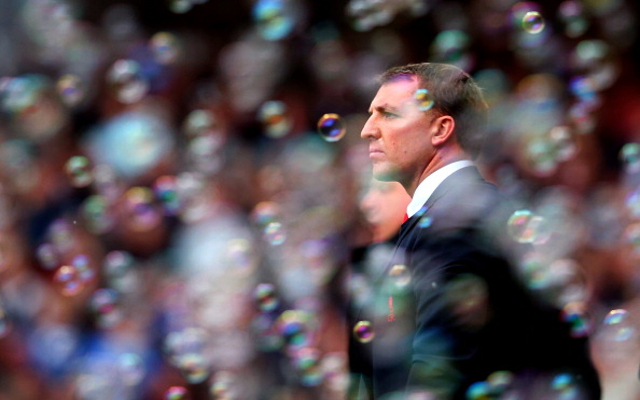 Reds manager Rodgers not underestimating Chelsea ahead of Anfield visit.

Liverpool boss Brendan Rodgers has insisted he is not underestimating Chelsea ahead of Sunday’s huge clash at Anfield.

Chelsea’s shock 2-1 loss at home to Sunderland last weekend has left their title challenge hanging by a thread, prompting manager Jose Mourinho to shift his focus to the Champions League.

The Blues drew 0-0 at Atletico Madrid in the first leg of their semi-final earlier this week and Mourinho created a storm afterwards by claiming that he would field a second-string team at Liverpool to preserve his players for next week’s return leg.

Rodgers, however, played down the threat, saying: “Whatever team they put out will have cost more than ours and will be more experienced.”

Chelsea will definitely be without injured quartet Petr Cech, John Terry, Eden Hazard and Samuel Eto’o, while Ramires starts a four-game ban for lashing out at Sebastian Larsson in the loss to Sunderland.

Cup-tied in the Champions League, Nemanja Matic and Mohamed Salah are both expected to feature, while Frank Lampard and John Mikel Obi, who will miss the second leg of the Atletico tie through suspension, are also in line to play.

A win for Brendan Rodgers’s side would eliminate Chelsea from the title race and leave Liverpool needing just four points from their final two games against Crystal Palace and Newcastle United to claim a maiden Premier League crown.

Should Liverpool win and City lose their game at Palace later on Sunday, the Merseysiders could secure the title as early as next weekend.

With Liverpool on a run of 11 straight wins and the title now in sight, these are heady days at Anfield, and Rodgers has dismissed fears that his players might suddenly succumb to the pressure of expectation.

“I think everyone is talking about pressure, but that is Manchester City or Chelsea, when you spend that sort of money and expect to win the league,” the Liverpool manager is quoted as saying by the Guardian.

“I don’t think there is pressure on ourselves, only from what we have within. Look at Tottenham — you spend over £100-odd million you’d expect to be challenging for the league.

“We will do the best we possibly can. At this moment in time we have been absolutely outstanding.”