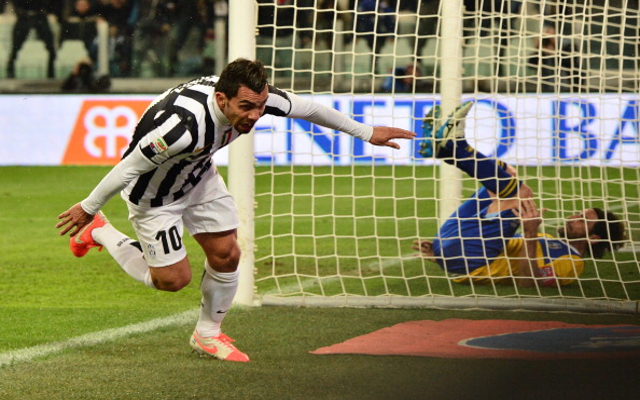 Liverpool have earmarked a move for Juventus forward Carlos Tevez if they fail to retain the services of top-scorer Luis Suarez according to the Daily Express.

Anfield boss Brendan Rodgers will doggedly fight off interest in 27 year old Uruguayan Suarez though growing speculation of interest from Real Madrid may concern the Northern Irishman, hence his push to plan for the worst.

The Spanish giants are apparently ready to offload Karin Benzema in a move to make room for Suarez and Tevez may well be a sensible option to pursue if the former Ajax man did indeed leave Merseyside this summer.

Tevez moved to Turin in an £8m deal last June and has been a fine acquisition, scoring 20 goals in all competitions, and one would imagine then that Juventus boss Antonio Conte would have no interest in selling the former Man City man.

Suarez has formed an excellent partnership with Daniel Sturridge and there would be little reason for the striker to push for a Liverpool exit with the club top of the Premier League and having secured a return to the Champions League in the process.

Tevez is a proven Premier League marksman having scored 115 goals during his spells at West Ham, Man United and Man City.