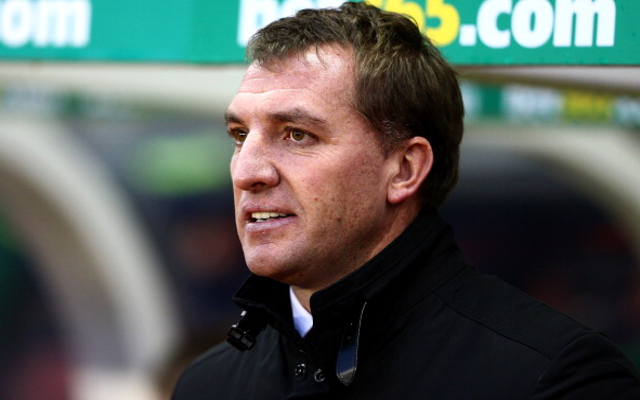 Liverpool manager Brendan Rodgers has said that there is “no doubt” he will sign a new contract at Anfield.

The 41-year-old, who penned a three-year deal in the summer of 2012, is on verge of delivering the Reds their first ever Premier League title.

Liverpool host Chelsea on Sunday and a victory for the Merseysiders, who have won their last 11 top-flight games, would rule Jose Mourinho’s men out of the title race and leave third-placed Manchester City with a big mountain to climb.

Speaking ahead of the top-of-the-table clash, Rodgers told Sky Sports: “There is no doubt that, at some point, we will agree another deal. I am sure of that.

“This is a giant of a club in the football world and to be able to build it up again and see how the supporters, and also the general public, are enjoying Liverpool, is great.

“I knew it was a huge club, but it is not until you become a part of it that you actually realise how big.”

Rodgers took over as Liverpool boss in June 2012, replacing club legend Kenny Dalglish. The Northern Irishman has since overseen 93 competitive matches, masterminding 52 wins and 20 draws, as well as suffering 21 defeats.

After stuttering to a seventh-place finish in his first season at Anfield, Rodgers has transformed the Reds into fearsome title favourites and, as a result, he is the odds-on favourite to be named LMA Manager of the Year.

Despite having been in charge of Liverpool for just under two years, Rodgers is currently the fourth longest-serving manager in the Premier League, behind West Ham United’s Sam Allardyce, Newcastle United’s Alan Pardew and Arsenal boss Arsene Wenger.