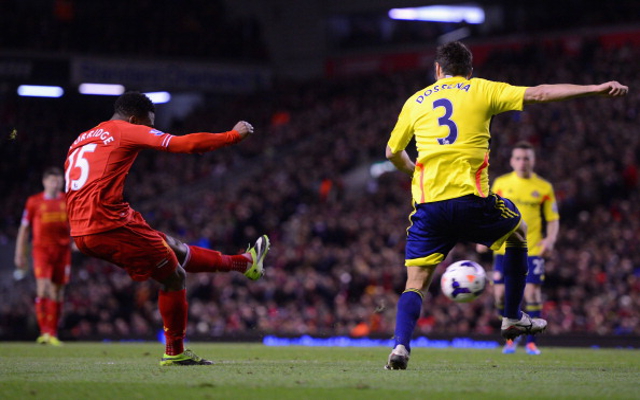 Man City are looking to make the most of reported contractual wranglings between Daniel Sturridge and his Anfield employers by making an offer for their former striker according to Football Direct News.

The Etihad Stadium side are looking to lure the 24 year old this summer with the promise of a big pay-rise and hope that any uncertainty that exists between Liverpool and the England international aids their push.

Sturridge has proven a massive hit since moving from Chelsea to Liverpool in January 2013, scoring 34 goals in 46 appearances, but if his financial demands aren’t met and he feels that he isn’t valued by the Merseyside club then there is perhaps a chance he could consider a move to Man City.

The Birmingham born marksman spent six years at Man City but struggled to retain a foothold in the first team set-up before leaving for Stamford Bridge in July 2009.

Brendan Rodgers would be loathed to lose Sturridge and will no doubt be insisting that Liverpool’s board swiftly agrees terms on a new long term deal to keep the sharp-shooter at the club.