Emirates Stadium side look to bring in adaptable forward.

Arsenal are reportedly in talks with representatives of Real Sociedad attacker Antoine Griezmann ahead of a likely summer bid for the 23 year old according to Goal.com.

The French international is having a breakout season this term, scoring 19 goals in all competitions and his La Liga side are looking to secure £25m from his sale if they are unable to retain his services.

The talented attacker won his first French national team cap last month and arguably would’ve won a fair few more had he been plying his trade with a more high-profile club and as such may see a move to Arsenal as a way to further his international ambitions.

Wenger is keen to bring in further striking options and a move for Griezmann offers him a multi-purpose weapon in the final third.

Olivier Giroud hasn’t received enough support from the likes of Theo Walcott and Lukas Podolski who have suffered with injury and form issues that have restricted the pair to a total of just 13 Premier League goals between them. 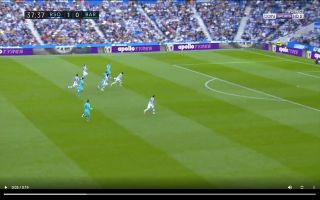