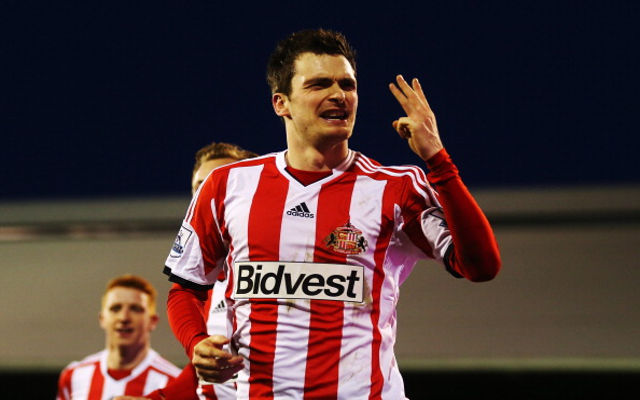 Anfield side look to use Italian in pursuit of Black Cats wide-man.

Liverpool boss Brendan Rodgers wants to bring in England international Adam Johnson to strengthen his wide-attacking options and is ready to offer loaned out striker Fabio Borini in a part exchange deal for the Sunderland man.

CaughtOffside understands that the Anfield manager is a big admirer of the 26 year old wide-man and sees the opportunity to use Borini as bait as a move worth pursuing.

Adam Johnson is likely to be open to leaving his hometown club this summer, especially if Gus Poyet’s side fails to avoid relegation, and a move to Liverpool would certainly tempt the former Man City man.

The talented wide-man is both Sunderland’s top-scorer and leading assist maker having racked up 11 goals and five assists in all competitions thus far this term and arguably Johnson deserves to be playing for a club at the other end of the Premier League table.

Johnson no doubt harbours hopes of returning to the England fold and a high-profile move would aid his cause.

Rodgers is willing to offer the Black Cats Borini as well as around £8m in exchange for Johnson, who moved to the Stadium of Light in a £10m deal back in August 2012.

Liverpool are looking to bring in a winger this summer and are unlikely to be placing a bid for loaned in Chelsea man Victor Moses, who has been average this term, and were said to be eyeing up another move for January target Yevhen Konoplyanka but Rodgers now sees Johnson as a better fit for the Merseyside club.