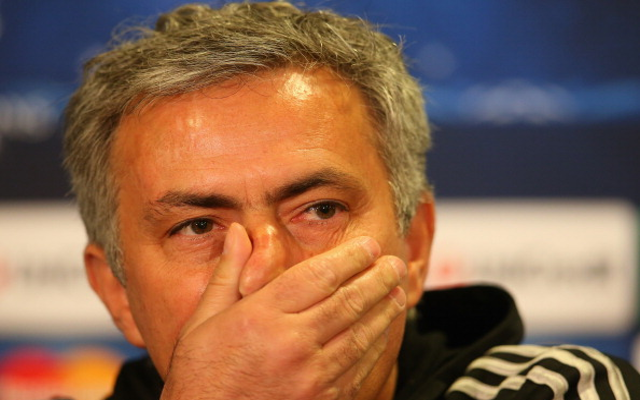 Blues boss adamant that the title will go to either Anfield or the Etihad Stadium.

The result, which came courtesy of stoppage-time goals from Demba Ba and Willian in either half, leaves the Blues just two points off the top of the table.

However, they will need to win both of their remaining games – against Norwich City and Cardiff City – and hope that Liverpool and Manchester City both drop points in their late-season fixtures.

Chelsea’s victory at Anfield, which ended Liverpool’s 11-match winning streak, was even more impressive considering that Mourinho had made seven changes to his starting XI in order to prioritise Wednesday’s Champions League semi-final second leg against Atletico Madrid.

Mourinho added: “Many people would be expecting us to come here and lose three, four or five-nil like many others did. When people know our focus was on Wednesday, probably many people think it’s impossible to get this kind of result.

“Now we have to think about Wednesday, and I would say the game of our lives. To play a Champions League semi-final at Stamford Bridge is something big.”

Among the players brought into the side were 20-year-old debutant Tomas Kalas, 21-year-old midfielder Mohamed Salah and former Newcastle United forward Demba Ba, who marked his fourth Premier League start of the season by netting his fifth top-flight goal of the campaign.