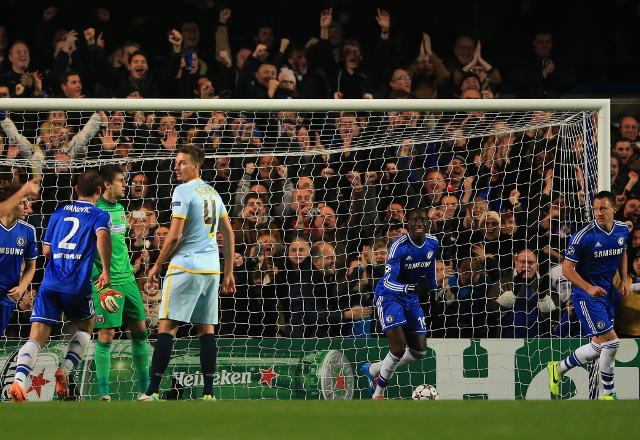 Newcastle United will look to lure former Magpies star Demba Ba back to St James’ Park with the Chelsea man high up on Alan Pardew’s summer wish-list according to The Chronicle.

Chelsea are ready to offload the 28 year old, who has become something of a bit-part player at Stamford Bridge, though they will look to recoup the £7m they paid Newcastle United for the Senegalese international back in January 2013.

Ba may be interested in a move to Newcastle United where he would garner the regular first team football he is after and Pardew is keen to strengthen an attack that has failed to deliver this term.

Newcastle United are in a shocking run of poor form, losing the last five games on the trot, and having scored just two goals in seven games it’s easy to see why Pardew would want Ba back at the club.