With the Blues travelling to take on Premier League leaders Liverpool this weekend, we take a look at the team manager Jose Mourinho will field against the Merseysiders … 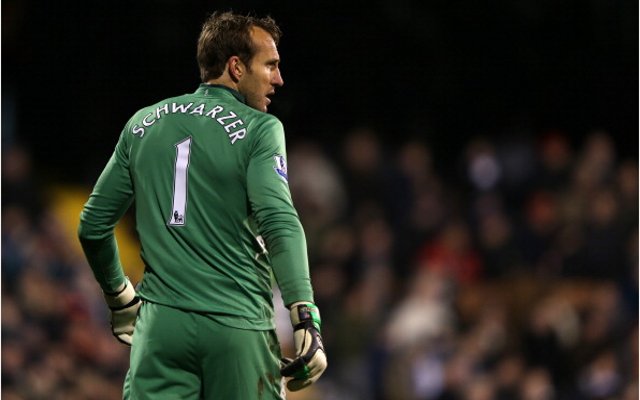 The 41-year-old Australia international came on in the first half to replace the injured Petr Cech at Atletico Madrid in the Uefa Champions League in midweek, and with the Czech now out for the season, the reserve keeper will keep his place in goal for the trip to Merseyside.

Expect the reliable and adaptable Spain full back to shift over to his more familiar position of right back against the Reds on Sunday to allow for a number of personnel changes by the visitors.

The England international has enjoyed a fine campaign at the heart of the west London club’s back four so far this season alongside skipper John Terry, although he will be without the Blues skipper on Sunday through injury.

With the Serb suspended for the midweek trip to the Vicente Calderon, expect Mourinho to recall the versatile defender to his starting lineup against Liverpool, although the 30-year-0ld is set to feature as a centre back rather than a right back to cover for the injured Terry.

The England international was given an all too rare run-out in the Spanish capital last Tuesday, and the left back will once again be given a chance to impress ahead of this summer’s World Cup when he faces the Merseysiders this weekend.