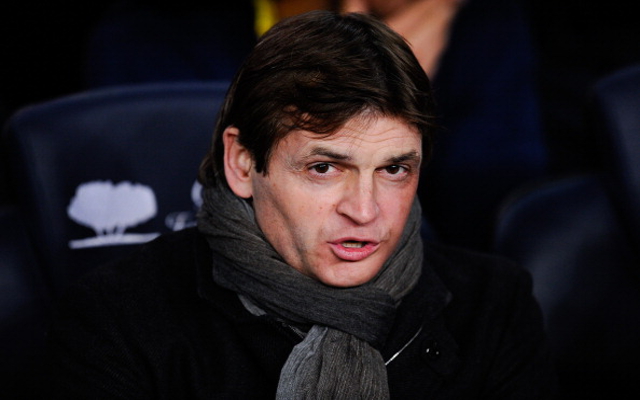 Following the sad news that Barcelona coach Tito Vilanova passed away over the weekend, the world of football paid their respects to the popular tactician in a variety of different ways.

Over 20,000 fans made their way to the Nou Camp to pay their respects, while former colleague and friend Pep Guardiola was visibly shaken during Bayern Munich’s victory over weirder Bremen on Saturday.

However, though most knew Vilanova as Guardiola’s assistant during his time in charge of the club, and as his eventual successor, he is somewhat more affiliated with the Barcelona B team.

Vilanova played 52 times for Barcelona B and was also coach of the reserve side under Pep Guardiola, and Adria Vilanova is currently part of the club’s youth academy set up.

Javier Espinosa and Munir El Haddadi scored late goals in a 2-0 victory over Las Palmas, and many of the players pointed to the sky in recognition of the passing of Tito Vilanova.