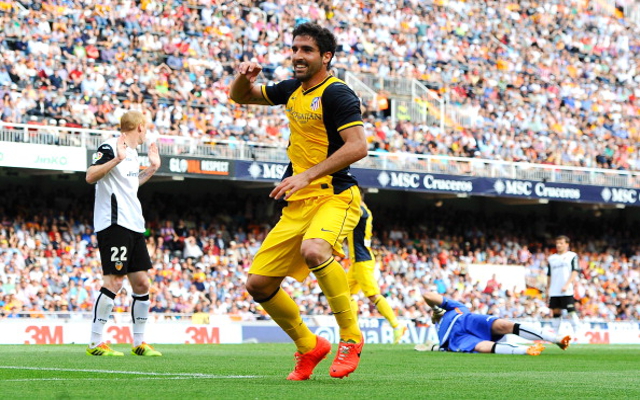 ‘For Tito’, Barca finish furiously to seal comeback in honour of former boss.

All the latest headlines from the newspapers in Spain as Atletico Madrid are unstoppable and now need just six points to secure the La Liga title.

– The Scent of a Champion.

– This is already the best Atletico in history. They leave the Mestalla in top form as they head for London.

– Munich fears a stampede. Bayern are worried by Cristiano Ronaldo and Gareth Bale.

– The betting houses have Madrid as favourites. Los Blancos never have won in Munich, but the last seven results have put them as favourites.

– Heading for the championship.

– Dani Alves eats a banana thrown from the stands.

– Munich already burns. Thomas Muller to the fans: “Encourage us and later you can tear us apart”.

– Barca overcome the emotions of the past week and win with courage.

– They never packed it in and the winning goal can from the two cadets, Lionel Messi and Cesc Fabregas.

– Carlo Ancelotti: “It will be incredible to win La Decima in my first year”.