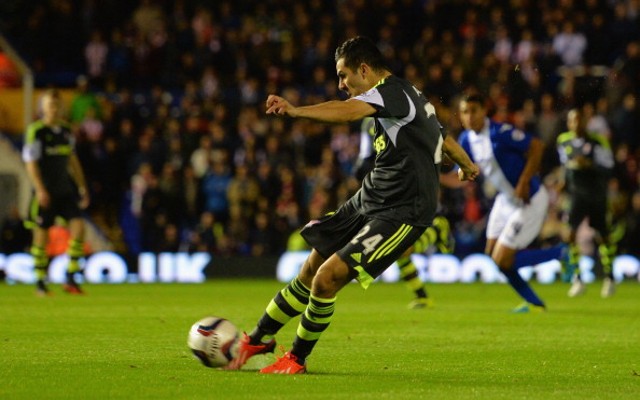 Wide man has been a revelation on loan at the Britannia so far this campaign.

Stoke City head coach Mark Hughes has revealed that the Potters are keen to sign on-loan wide man Oussama Assaidi on a permanent basis from Premier League rivals Liverpool at the end of the season, according to reports in the Daily Express.

The exciting Morocco international moved to the Britannia Stadium from the Reds on a season-long loan in August, and in the intervening period at Stoke Assaidi has really managed to catch the eye with a number of his displays on the flanks for Hughes’s midtable outfit.

In fact in total so far this season, the 25-year-old has managed to record four goals and two assists in his 24 matches in all competitions, including three strikes in his 18 Premier League contests for his new team.

And as a result of those eye-catching numbers, the Welshman says he would like to sign the Moroccan on a full-time basis for Stoke when the winger’s loan stint at the Potters comes to a close next month, although he also admits that he does not know what his parent club have planned for Assaidi either.

“Ozzy isn’t our player – but he has done really well and we will talk about his future,” said Hughes.

“We have been good for him and he’s been good for us but I don’t know where his future lies because we haven’t had those conversations yet.”