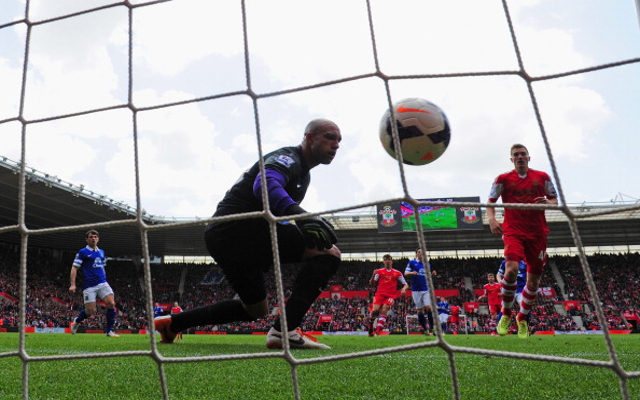 Round 36 of this season’s Premier League was typically eventful: 28 goals were scored, 41 cards were issued, Sunderland were awarded the best penalty ever, according to manager Gus Poyet, and Liverpool lost control of the title race.

Caughtoffside has looked back at this weekend’s 10 matches and recapped the action using statistics.

The game was just 54 seconds old when Everton centre-back Antolin Alcaraz opened the scoring with the sixth first-minute own goal in Premier League history. Fellow Toffees defender Seamus Coleman also put through his own net at St Mary’s, making the match the 20th top-flight encounter in which a team has scored multiple own goals.

Southampton’s 14th Premier League win of the season moved Mauricio Pochettino’s side onto 52 points, equalling the club’s record points tally, which was last achieved in 2003.