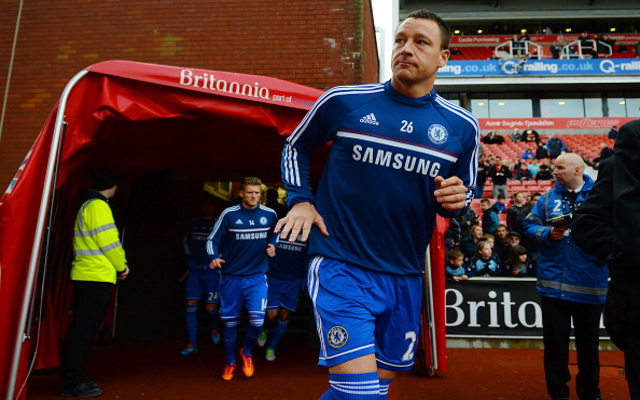 Defender retired from international football in 2012.

Experienced Chelsea centre-back John Terry has confirmed that he has absolutely no intention whatsoever of coming out of international retirement to play for England again at this summer’s Fifa World Cup finals in Brazil, according to reports in the Daily Mirror.

The former England international called time on his Three Lions career after the European Championship in Italy two years ago.

However, with the 33-year-old once again back to his dominating best at the back for the west London club so far in this campaign – the Blues currently have the best defensive record in the Premier League, with Terry having played the whole campaign alongside England international Gary Cahill – there has been a clamour of late for Terry to be recalled to the national setup in time for the World Cup.

But speaking ahead of Wednesday night’s second-leg encounter with La Liga leaders Atletico Madrid in the Uefa Champions League semi-finals, Terry was adamant that there was now no going back on his previous decision.

“This season has gone very well, personally. I came back a week early and did a lot of training in the summer to make sure I hit the ground running. That’s paid off,” said Terry.

“My thoughts are very strong on that. I wish the England side and Roy [Hodgson, the manager] the very best. We’ll be okay. But I’ll be supporting the lads in every game with a nice bit of sun on my back.”