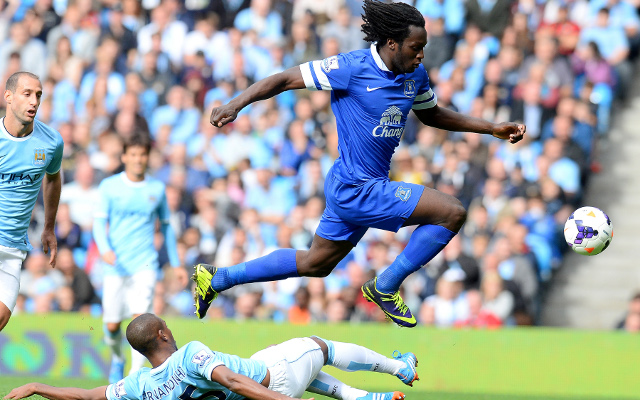 Serie A side AS Roma are reportedly looking to bring in Chelsea forward Romelu Lukaku on a two season long loan deal according to Football Direct News.

Blues boss Jose Mourinho opted, mistakenly, to send the Belgian to Everton this term and the 20 year old comfortably outscored all the strikers he left behind at Stamford Bridge but still his future at the west London club is unclear.

With Fernando Torres, Demba Ba and Samuel Eto’o failing to perform on a consistent enough basis Chelsea have found fighting for Premier and Champions League titles problematic and have been grateful for the goals weighed in by creative midfielders like Eden Hazard, Oscar and Frank Lampard.

Any decision to send Lukaku to the Stadio Olimpico on a two season long loan deal may well hinge on if Mourinho manages to land a high-profile striker this summer, with a host of stars having been linked with a move to join Chelsea when the transfer window re-opens.

Lukaku netted 17 Premier League goals during his stint at West Brom and his 13 goals in 27 starts this term have helped Everton mount a genuine challenge for a top four finish that has only recently faltered.