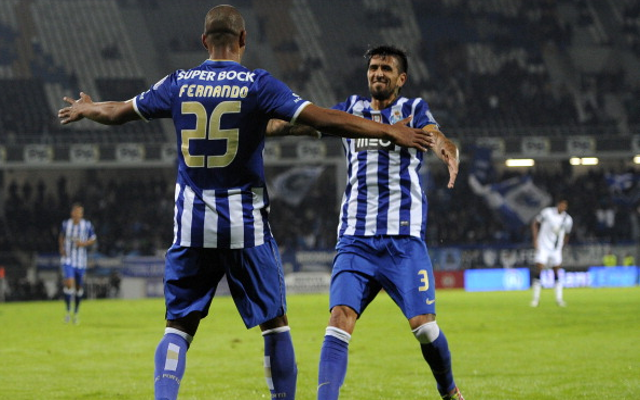 Liverpool will look to beat Man City in pursuit of FC Porto’s highly rated defensive midfielder Fernando with Football Direct News reporting on a player plus cash offer the Anfield side are set to launch.

Boss Brendan Rodgers has precious few strong tackling midfielders, in fact the Northern Irishman can currently only really call upon Brazilian international Lucas Leiva for such a task and the Liverpool man has suffered with injuries in recent seasons.

Fernando has been at the Estádio do Dragao for seven years and did come close to moving to the Etihad Stadium in January before agreeing a contract extension with his Primeira Liga side.

Liverpool will look to tempt FC Porto into selling Fernando by offering the Portuguese side a cash sum plus the services of young Spaniard Suso, who is greatly enjoying his loan spell at La Liga side Almeria.

Despite winning a host of honours, including four domestic titles and a Europa League triumph, Fernando is still to be capped at senior level and may feel a high-profile move to a Premier League side such as Liverpool could aid in that push.