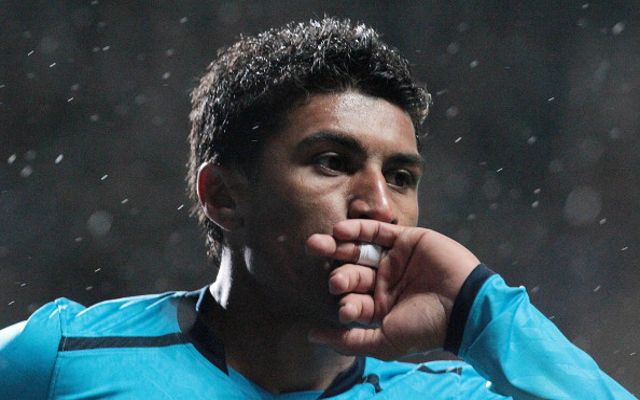 Tottenham midfielder has reportedly agreed a deal to join Chelsea this summer according to the Metro.

Blues boss Jose Mourinho will look to lure the 25 year old to Stamford Bridge and have already begun discussions with FIFA agent Giuliano Bertolucci, who helped Chelsea to bring in Oscar, David Luiz and Ramires.

Real Madrid and AC Milan are also said to be keen on the former Corinthians man but Chelsea are leading the chase to sign the combative midfielder.

Paulinho started the season well but has seen a marked dip in form since Andre Villas-Boas was axed and a move to west London could well tempt the Tottenham man, especially as the White Hart Lane side has failed to secure a Champions League berth.

Chelsea pipped Spurs in the race to sign £32m playmaker Willian and will look to make Paulinho their latest Brazilian capture in a move that is sure to anger fans of the north London club.

Tottenham paid £17m for Paulinho last July and it may well take a bid well in excess of that fee to convince Daniel Levy to sell to an arch rival.

As well as being able to offer Paulinho Champions League action Chelsea can probably offer a significant pay-rise and want to secure a deal so as to be able to unveil the player after the 2014 World Cup finals.