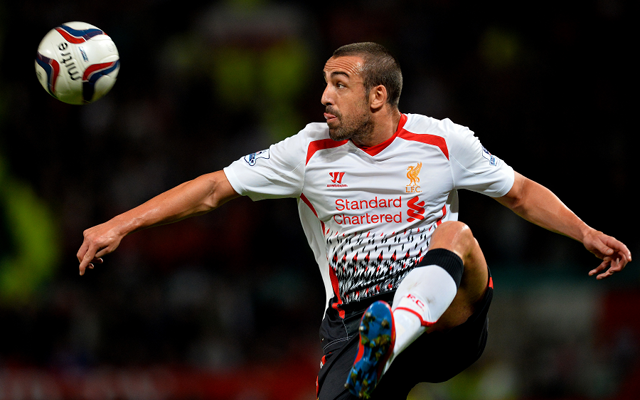 Blues were also criticised for their cautious approach at Anfield on Sunday.

Liverpool left-back Jose Enrique has taken a swipe at Chelsea following the west London club’s elimination from the Uefa Champions League at the hands of Atletico Madrid at Stamford Bridge on Wednesday night.

The Blues were surprisingly beaten 3-1 in the second leg of their semi-final clash by the La Liga leaders, with head coach Jose Mourinho having subsequently been criticised once again for the defensive manner in which he set his team up, with the home side playing a full back in midfield.

This is what happens when you don’t play football……