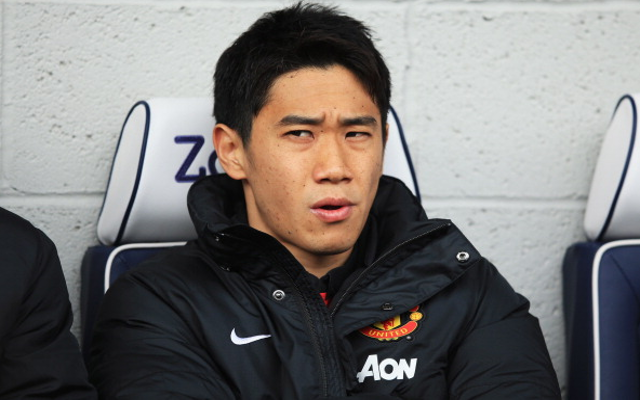 The 25 year old enjoyed a fairly average first campaign at Old Trafford and his second term at the club has seen the attacking midfielder become something of an ineffective bit-part player at the Premier League club.

Kagawa was often used out of position by former boss David Moyes and was relatively impressive in Ryan Giggs’s first game in charge of Man United, however the arrival of Juan Mata and the emergence of youngster Adnan Januzaj appear to leave the attacker set for an inevitable exit.

Man United paid £18m for Kagawa in the summer of 2012 but will apparently accept £12m for the player this summer and Jurgen Klopp could well do with signing a quality player having seen a host of talents head for the Westfalenstadion exit in recent seasons.

Kagawa has failed to score a single goal in 29 appearances in all competitions and is far from the player that was causing all sorts of problems when plying his trade in the German top tier.